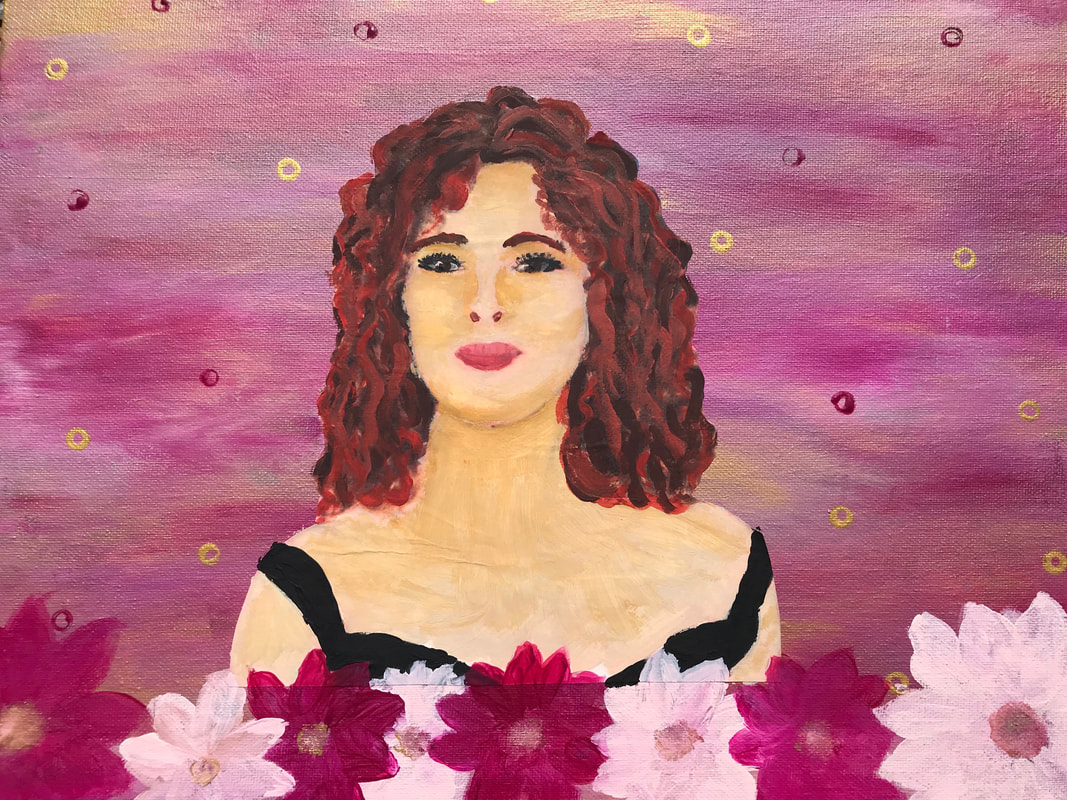 The purpose of this project was to learn about Frida Kahlo's life and artwork and then create an art piece of our own based on one of her paintings that portrays an individual of our choosing. ​I think Frida Kahlo painted so many self portraits as a form of self acceptance, even if she could not accept her life situation. I am very happy with how my painting ended up because I did not think it would look as realistic and as Bernadette Peters like as it does. I did not end up with the painting I thought I would. I had intended to paint a teal background, but wasted all of my blue trying to create the color I wanted. I think Frida is a very fascinating individual whose story is very interesting to me. Now that I know more about her, I appreciate her art more than I did before this project. 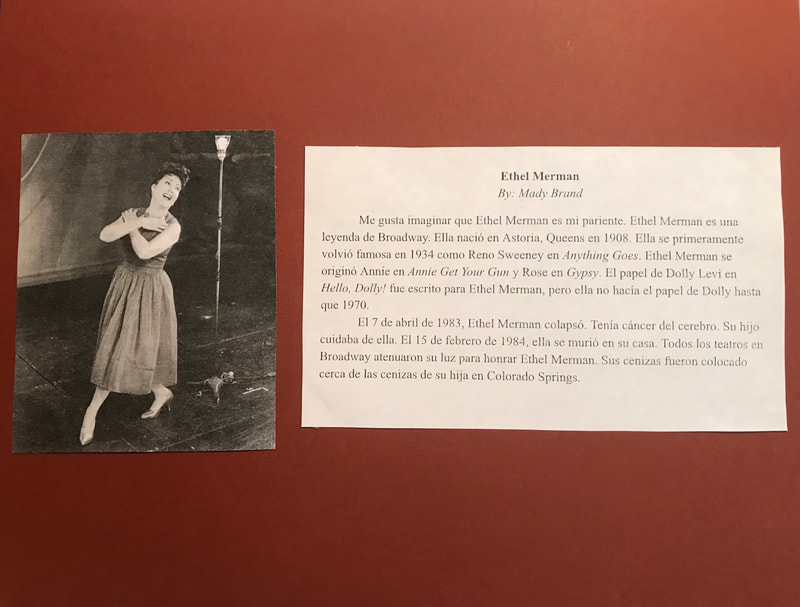 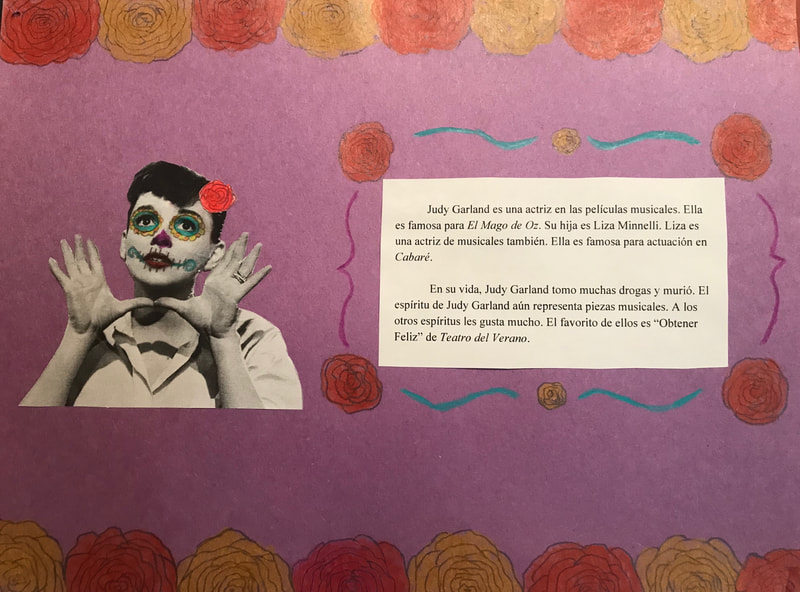 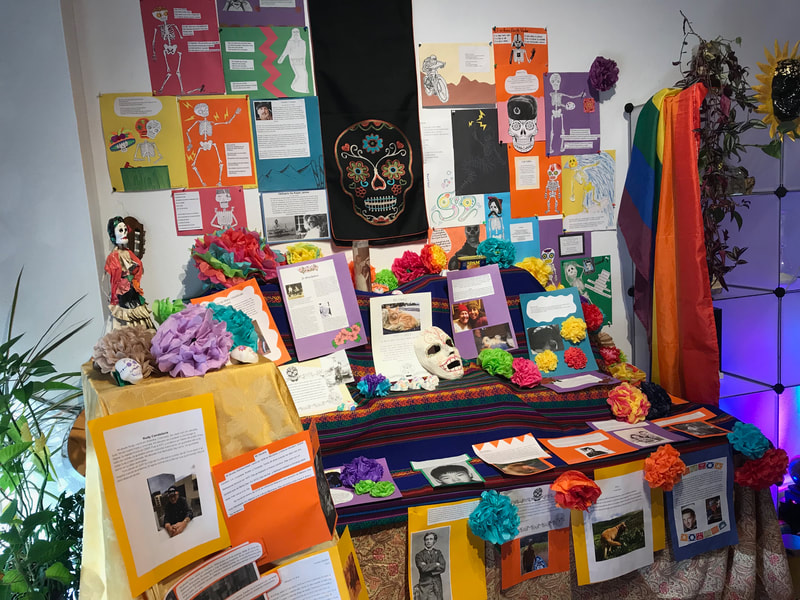 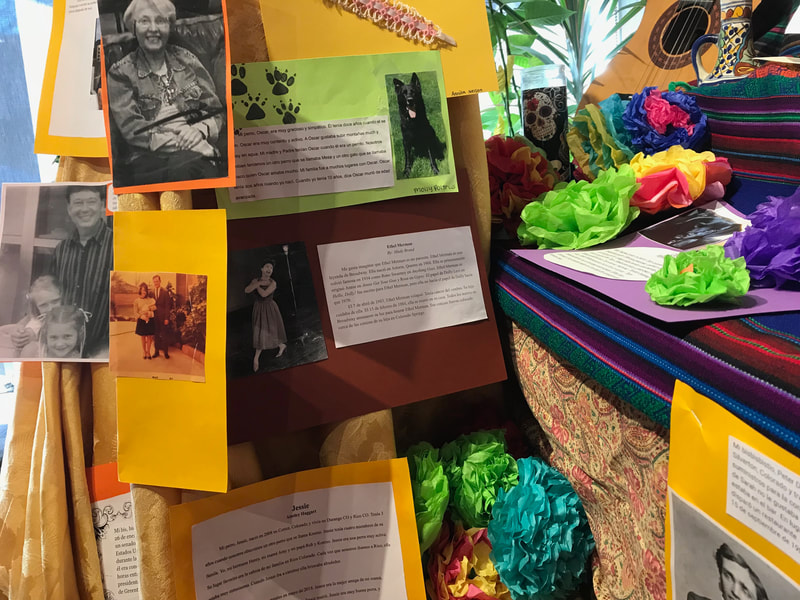